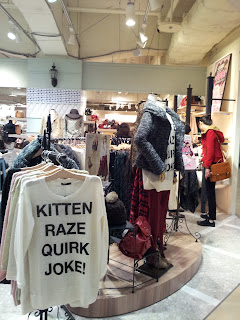 As mentioned previously, a number of the non-American students are pretty shy or quiet.  Andres is from Mexico and is gregarious and speaks English at least as well as each of the Americans.  I suspect that some of the Asian students are self-conscious of their proficiency in English. I am not positive, but that is my suspicion.  Well yesterday, all of us went to lunch together after I asked if everybody was interested in doing so.  Today, not everybody joined us, but the Asian students asked me if I was going to join them in the school cafeteria.  I was pleasantly surprised and was happy to join them. Andres was already there when we arrived so we all ate together. I was happy with that. 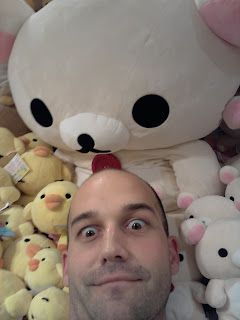 The guys in the program are in an all-men dorm (called the International House at Kita 8 East, a 15 minute walk from CENSUS).  The women are in a co-ed dorm (guys occupy one floor) that is found 45 minutes away from the CENSUS building.  So after class, we have all been going our separate ways in the afternoon.  Today, at lunch, Isma, one of the Indonesian students was mentioning how they all have been going back to the dorm after lunch and sitting in their rooms until the next morning.  This means that they have basically been in class until about noon and then back in their dorm by 2 PM each day.

I was shocked, so today I invited all of the students to go on a walk with me after lunch.  A bunch of the international students decided to join me (much to my surprise).  They are all pretty cold every time the step outside in Hokkaido. It’s probably been 45-50 degrees F, which is a lot colder than their homes.  So when they said yes, I thought that I’d just take them to see the mall in Sapporo Station so that they could see something interesting in a warm place.  So we spent a couple of hours checking out all of the silly stuff in the mall.  After we had our fill of mall stuff, I asked if they were tired yet and they said no, so I decided to take them down to the Susukino district.  They seemed to really enjoy the experience.  They hadn’t seen anything like that in Sapporo yet, and they were definitely intrigued.  YoungRi (South Korea) really enjoyed the electronics, the flashy clothes and the silly, bright colored stuffed characters.  Wenwen (China) really liked all of the shoes and just watching all of the people and goings-on.  Isma (Indonesia) was pretty much happy and laughing at everything and everyone of us.  Meanwhile, Anni (Indonesia) liked everything and kept disappearing around the end of every aisle. 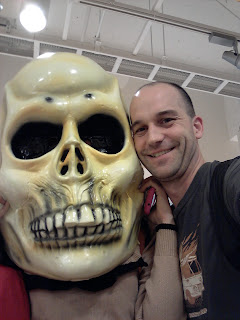 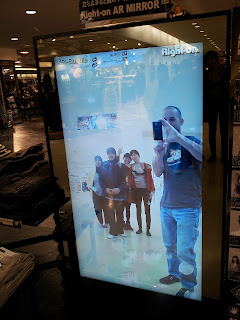 We finished their exploratory adventure at a coffee shop where we got teas and sweets to warm up before the walk back to our dorms.  YoungRi gave me a brief lesson in Korean and Japanese language and I did the same for her English.  In our group, she has a harder time than the rest communicating in spoken English.  She says that she studied English for 6 years in school, but they do not speak the language in their studies.  They only study the written language.  Interesting.  She also says that there is a huge desire to have native English speakers come to South Korea to teach English.  No skills in the Korean language is necessary.  Want to earn $500/day teaching English?  I am giving you the job lead that you need!
By chasjonesaz | October 26, 2011 | Culture, Entertainment, Sapporo, Susukino, Travel | No Comments |