Images from the 2014 drought 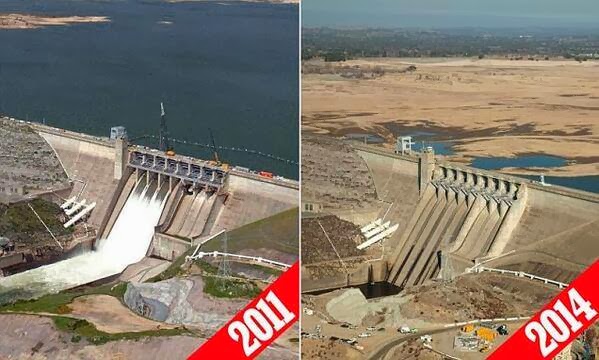 The Washington Post published an article showing images of the low reservoir levels in California. This drought situation is kind of crazy.  Reservoirs in the arid west and southwest have really been affected by the low amounts of rain and snow in recent years.  Yet, while it is mentioned, I don’t hear nearly enough push for the metering of water usage, not only of California farmers, but also of California residents and industrial users.

It is my understanding that most of California’s cities do not meter water usage by its residents. My first recommendation for water conservation measures are to start charging for water consumption. This would involve metering, permitting groundwater wells, setting up water utility companies or coops, and charging unsubsidized rates for water use.  Credits can be offered for the use of grey water, xeriscaping, and reducing water runoff into the sewer system.  There are so many ways to achieve this and its implementation would create good paying jobs.

I know that California has more regulations than many other states, but water shortages are a serious threat to arid regions in the U.S.  I am not just picking on California.  Arizona is also guilty. Our surface and groundwater resources have great value.  By giving them away at no cost, we undermine their value and cause people, industry,  and corporations to consider it as expendable and of little value.  Water is one of our most important resources and we need to value it accordingly.